Some things to consider when using these rankings:


Here is a link directly to the spreadsheet

Here are the Week 5 Rankings, now for both Standard and PPR leagues!

I should point out:

Players in orange are an "injury concern." Some have already been ruled out - like Trevor Siemian, and Cam Newton. Pay attention!

The Carolina WRs are ranked way too highly. You should start Kelvin Benjamin, but Philly Brown is only a deep league dart throw. They just got a HUGE boost from how bad Tampa Bay is against the WR position.

It says it below, but when two players from the same team are both in the same tier, take the highest one that will play. This week, Cameron Brate and Brandon Myers are both Tier 2 TEs. You're playing Brate, and you are NOT playing Myers.

Some things to consider when using these rankings:

Drew
Posted by The Fat Guys at 6:35 PM No comments:

Link to the rankings is below... PLEASE READ FIRST!!!

Okay. So here they are. I am linking you to my Week 14 Rankings. There are some things I have to clarify first.

These are usually only for me, and therefore, I leave some data in that would normally be "massaged," or taken out. For instance, Owen Daniels ranks near the top of my TE rankings. The reason for that is I use the last 5 weeks of stats as a base for the calculations. Vernon Davis has started getting more involved in the Denver offense (albeit, still not that involved), and Daniels had 1 decent week in the last 5 (skews the rankings).

Add to that the fact that Oakland has not been great against the TE position, and you get a player that is probably ranked too highly. But I know that, and therefore I am able to just "remove" him from the set without actually removing him.

There are some players that are on the IR now. Other guys might be listed as "Out" this week.

You will still need to look up some things on your own, specifically the injury status of each player.

That being said, these spreadsheets have been GREAT for me this season. Two regular season 1st Place finishes out of two leagues, and the benefit of a bye in both this week, as well.

Enjoy, and leave any feedback in the comments!

I thought I would write a quick update...


I was sick as hell this week. Sorry for not being able to record an episode. I am working with Jeff to get a new show recorded ASAP.

Speaking of Jeff, I just finished a draft in a league that we both play in. I am the commissioner of this league, and last year was our inaugural season. We formed a keeper league, so this year is the first year we have gone through that process. The keeper rules are:


I picked up OBJ and Jeremy Hill off of the waivers last year, so by keeping them, I lost my 15th and 14th round picks respectively (15 rounds in the draft). I will lose my 16th pick the next two years to keep OBJ. I also kept DeMarco Murray, which I acquired in Round 2 last year. I forfeited my 2nd pick this year to make that happen.

I had the 3rd pick in a snake draft. I put a plan in place for positions to draft based on several mock drafts on Yahoo.com, and particular players I was targeting. I have included my Roster Plan below.

I was never pressed at any time for any of my picks this year. If you ask the others, they'll probably say that I reached for certain players, but I would disagree.

For instance, I raised Owen Daniels value at TE significantly this year over most analysts, and ADPs. Why? Because Peyton Manning has proven again and again that he likes to throw to the TE, and many of those are TDs. While Jacob Tamme was no Julius Thomas, he didn't exactly suffer while in Denver. Owen Daniels has had to block, and stay on the offensive line, more than release as a receiver, for most of his career. I think Daniels is a top 5 TE, and I wanted him. So I took him where I thought it was appropriate. So what if the next guy thinks you're reaching? He hasn't done the same analysis. Even if he's right, and Daniels is a complete schmo this year, at least I stuck to my guns, and I can defend my choice.

Anyway, I think I ended up with a pretty decent team. You can see it in the completed 2015 Roster Plan. I have also included my rankings. Keep in mind that I do not take TEs, Ds, or Ks into account in the Top 200 (more like 180). I just consult the position rankings when I get to the round I am targeting.

Jeff and I will talk about our draft, and plenty of other things. Other things include FAAB Dollars, and the ESPN website. Also, Week 1 Starts/Sits are coming. Holy shit people. It's time for football!

The Latest Podcast Episode Is...

[ MP3 ] Listen and/or download directly. On this episode: Jeff rocks it solo, because Drew has lost his voice due to his affliction (h... 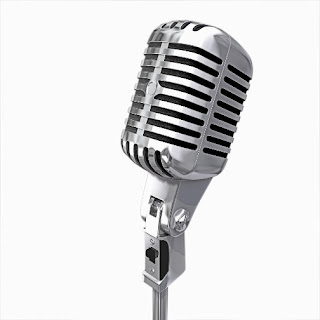 This is the official home of Fat Guys Fantasy Football. The not-so-fat, fat guys - Jeff and Drew - are always here to help you finish first and CRUSH your league! Here you will find our podcasts, blog posts, and other helpful tools to help you win your league.

Things We Talk About...